Wellbeing and autonomy can be described as core values.  But whose well-being and whose autonomy?

This will depend on the particular case, and an important part of thinking about food ethics is teasing out the answers to those questions, looking carefully to see whose wellbeing would be increased or diminished by particular practices and decisions, and whose autonomy would be promoted or restricted.

This can give rise to conflicting interests. How, for instance, should we weigh the wellbeing of producers, of farmers and workers in food and farming sectors, against people’s need for healthy food at a price they can afford? This is where we need to bring in a third core value, the value of justice.

Justice can be described as the value we appeal to in order to determine how things should be distributed. In other words, who should get what, and how to settle conflicts between different interest groups.

Here, our three core values interact. We have to apply the value of justice to wellbeing and autonomy:

When we are thinking about the application of justice to wellbeing, we can usefully talk about what would be fair shares. An intuitively attractive way of considering fairness is to start with the idea of equality. Think of the child’s classic complaint: “It’s not fair, he’s got more than me!” The idea of equality will sometimes be directly relevant to justice in the food system, when we think about some of the radical inequalities – how limited a share of the benefits goes to primary producers, for instance, especially farmers and workers in the Global South.

In some cases, it may be useful to ask whether there are good reasons why some should get a greater share than others. Some people may need more than others, for instance. The most obvious area in which this applies is that of human health. People may have special needs, and it may be right that greater resources are allocated to meeting those needs. A simple measure of equality would not be appropriate.

Others may say that some people deserve more than others. What we can do, perhaps, is to pose the question in practice. If we are looking at the distribution of benefits in the food system, and the radical inequalities, say, between the primary producers and the CEOs of food companies, we can ask whether the differences are deserved. It is safe to say that people don’t deserve “so much more” as to cause other people to have “clearly not enough”.

Continuing with the idea of fairness, we need to think not only about fair shares but about the importance of fair play and having a fair say.

An example is the case of primary producers in countries in the Global South. A natural way for thinking of justice is to think of it as fair shares – that they can sell their products for a fair price and earn enough to feed themselves and their families and achieve a decent standard of living. But it also requires fair play, and this means thinking about empowerment, about the tools they need, the skills and techniques which can help them to take control of their own lives and shape their own economic destiny instead of being at the mercy of buyers and big businesses. Justice also requires that they should have a fair say – that the voices of small farmers and of workers should be heard and should help to shape the policies which will affect their lives and their futures.

Each of these notions (fair share, fair play and fair say) captures something at the heart of the ways most people think about fairness, but none of them is enough on its own. This has important implications for policy too, because it means that promoting ‘fairness’ is likely to require striking a balance between different perspectives on what counts as fair – and that the appropriate balance may differ in different contexts. 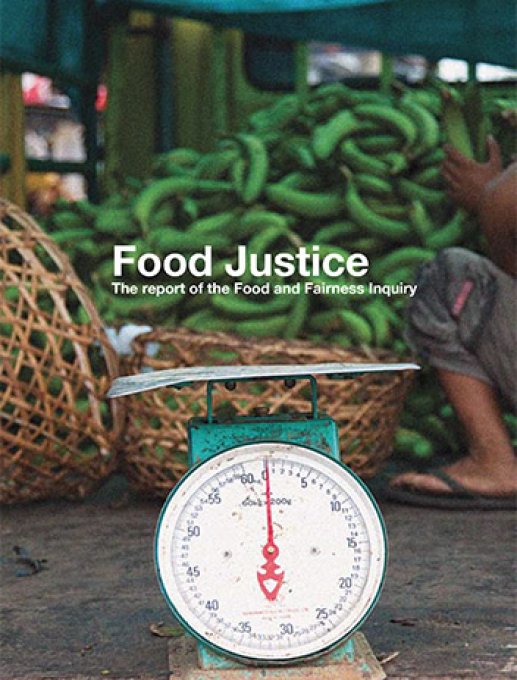